Billionaires’ Secret: Is Giving the Key to Wealth?

There are several principles for being wealthy, and studying wealthy people will reveal lots of “success ingredients”.

However, to what extent exactly does giving correlate with wealth? 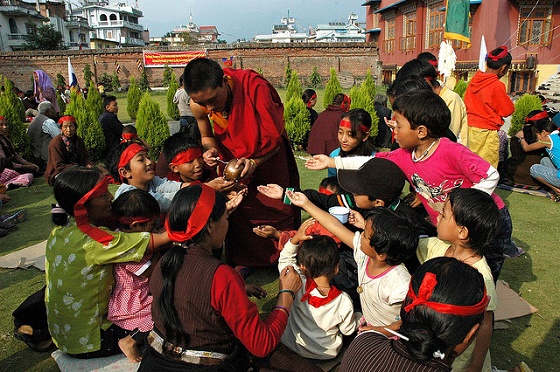 This is something I’ve been pondering a lot lately, especially when I carefully observe the difficult and prosperous times in my life.

Almost without fail, I realize that things go smoothly for me when I give more, and things are often difficult – sometimes, very difficult – when I fail to give.

Giving is usually in form of my tithe, I’m a Christian, or cash or physical gifts to other people; I’m sure intellectual and emotional gifts could have a part, but I’m especially surprised by how much giving physical gifts correlates to physical wealth and prosperity.

I decided to take things a step further and research the correlation between giving and wealth; I will be sharing my findings in this article.

Have Billionaires Discovered This Secret?

A careful look at the media today will make it will seem like there’s a competition between billionaires to see who can give the most.

Some of the richest people in the world donate billions every year, and their income doesn’t seem to be diminishing.

Perhaps the world’s biggest philanthropist, Bill Gates has reportedly donated over $28 billion in his lifetime, yet his wealth keeps increasing year after year. He has been featured as #1 on the world’s billionaires list more than anybody else, and he is worth an estimated $79.2 billion at the time of writing this article in 2015. For the record, that’s also the highest ever achieved on the Forbes’ billionaire list at the time of writing this.

Now, correlation does not always imply causation; this is why I decided to dig into research to see if there’s indeed any connection between giving and wealth and, if yes, what exactly is this connection.

There has been observations on how giving leads to wealth, and it has been proven several times that wealthy people are often very charitable.

However, very few people can prove that giving directly leads to more wealth.

Thinking about it, it doesn’t make sense from an economic standpoint but research has indeed shown that giving increases wealth.

American social scientist and president of the American Enterprise Institute, Arthur C. Brooks tried to analyze the connection between giving and wealth.

To successfully prove that giving doesn’t just increase because wealth increased, but that giving actually increases wealth, Arthur analyzed data from The Social Capital Community Benchmark Survey (The SCCBS), which is a survey of about 30,000 people in over 40 communities in the U.S that takes into account differences in education, age, race, religion as well as other personal characteristics of the people analyzed.

The SCCBS revealed that people who give charitably make a lot more money than those who don’t.

The SCCBS also revealed that giving increases by 7% when people’s wealth increases by 10%; the fact that people give more when they earn more isn’t difficult to comprehend, but what we want to establish is that giving leads to more wealth.

To establish this, Arthur analyzed available data using what economists call an instrumental variable (IV); this is basically selecting something closely related to charitable donations but not directly to income, like volunteering.

People who have more money can easily donate more money, but we all have the same 24 hours in a day; by analyzing people’s volunteering habits in relation to their giving habits, Arthur was able to establish a connection between giving and wealth.

The analysis revealed that volunteers have a “charitable impulse” that made them not just volunteer their time, but that also translated to them giving more money than the general populace.

Using data available from The SCCBS, Arthur found that, regardless of income, there’s an increase in wealth for people who give more; his analysis revealed that a family that gave away $100 more than another family in the same income bracket will predictably earn, on average, $375 more as a result of its generosity.

Surprisingly, it was also revealed that giving doesn’t just benefit individuals; it also benefits organizations and economies of entire nations, and an analysis of G.D.P. data per person in America has risen by 150 percent over the past 50 years, which is in correlation with an increase in donations of about 190 percent within the same period.

Data from the Statistical Abstract of the United Sates also revealed that, in 2004, $100 in extra income per American drove $1.47 in extra charitable giving, while $100 in giving resulted in an increase of more than $1,800 in G.D.P.

The following saying is attributed to one of the greatest investors of the 20th century and mutual fund pioneer, Sir John Templeton:

“I have observed 100,000 families over my years of investment counseling. I always saw greater prosperity and happiness among those families who tithed than among those who didn’t.”

There seems to be wisdom in what he said after all!

The good news, as Arthur found out during his analysis of data from The SCCBS, is that it’s not all about money.

Ultimately, what influences individual abundance or prosperity is what is called the “charitable impulse”; usually, most people who give money are naturally charitable. They just have more money and, as a result, give more money.

However, you could get similar results by donating your time, skills, knowledge, food or even blood. Giving, no matter what form it comes in, will always lead to an increase in wealth.

Why Giving Leads to Wealth

Indeed, research has shown that giving leads to wealth. Exactly why can be difficult to prove, but I believe the following reasons play a role:

1. Giving Increases Your Sense of Wealth: In the study, “I Give, Therefore I Have: Giving and Subjective Wealth” by Zoe Chance of Yale University and Michael Norton of Harvard Business School, it was observed that giving away money psychologically increases the giver’s “sense of wealth”.

It makes sense that you feel wealthier when you give.

Given, majority of us aren’t satisfied with our financial situation but contributing to save lives and help the less privilege creates a sense of wealth.

2. Giving Increases Your Happiness: Nothing supersedes the feeling of happiness and fulfillment that comes from giving to the less privileged.

For most of us, life is vain and we know it; the little happiness and fulfillment derived from giving to others, no matter how little, can make a whole lot of difference in our lives.

3. Giving Increases Your Productivity: A happy man is a more productive man; there’s no doubt about it.

By taking a look at the above 4 points, we can start to make sense of why giving leads to increased wealth. Are you giving enough? Increase your wealth by giving a lot more than you currently are.